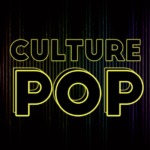 Steve has co-hosted the nationally broadcast The Late, Late Show with Tom Snyder.

Anchored 7 Olympic Games for NBC/Westwood One.

Longtime President of Flagship Theaters, owner of as many as 26 screens in Southern California including the celebrated Cínemas Palme d’Or in Palm Desert, CA.

For podcast, sponsorship or other inquiries: